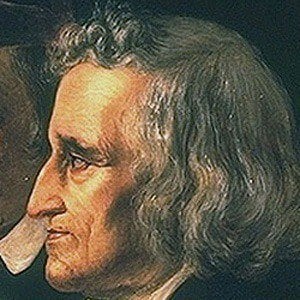 One half of the Brothers Grimm, he and his brother Wilhelm co-wrote fairytales such as Hansel and Gretel and Snow White. His best-known works include Kinder-und Hausmärchen (Grimms' Fairy Tales) and Deutsche Mythologie. A noted philologist in addition to a mythologist, he also published the Deutsches Wörterbuch, a comprehensive German dictionary.

He attended the University of Marburg, where he studied law and became inspired by history and philosophy. He published his earliest work, Über den altdeutschen Meistergesang, in 1811.

He taught at the University of Berlin beginning in 1840.

He never married, and he lived for a time with his brother and literary collaborator Wilhelm.

He wrote Snow White and the Seven Dwarfs, which Walt Disney adapted into a now-classic animated film in 1937.

Jacob Grimm Is A Member Of