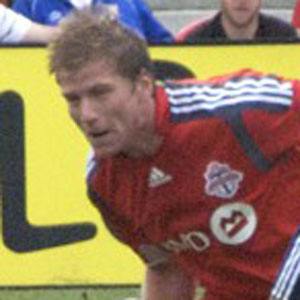 American midfielder who began his MLS career with the Colorado Rapids in 2006. He spent three years with the team before joining Toronto FC and the San Jose Earthquakes. He signed with Sporting Kansas City in 2012.

He won an NCAA Men's Division I Soccer Championship in 2004 while playing at Indiana University.

He was born to Linda and James Peterson.

Jacob Peterson Is A Member Of