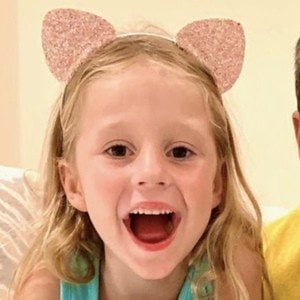 Prolific Russian social media starlet who has risen to fame for her Like Nastya YouTube content. Her kid-friendly vlogging with toy reviews, challenges, and personal adventures have helped her channel earn more than 7.1 billion views.

She has seen her YouTube audience grow to more than 17 million subscribers. Some of her most popular videos "A VLOG THOMAS city For children and kids like in the Movie Thomas and His Friends Entertainment" and "Baby rides and plays at the zoo Funny video for kids" have earned more than 180 million views.

Her real name is Anastasia Radzinskaya. Her parents have run her social media channels.

She was featured in Nyusha's music video in late 2020.