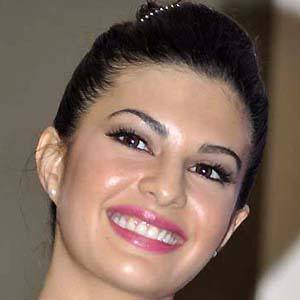 Miss Sri Lanka Universe 2006 who became a Bollywood star with acclaimed roles in the Aladin, Murder 2 and Race 2. She won the IIFA Award for Star Debut of the Year and also received the Stardust Award for Best Exciting Face.

After her appearance in the Miss Universe contest in 2006, she was offered a role in the Bollywood film Aladin, where she played a role based on Disney's Princess Jasmine.

In addition to her Bollywood career, she anchored a Sri Lankan television business program and wrote a weekly column with the country's Daily Mirror newspaper.

She was born in Colombo, Sri Lanka, and moved to Bahrain with her family at the age of three. She dated Hassan bin Rashid Al Khalifa, a Bahraini prince, from 2008 until their split in 2011. She then began dating director Sajid Khan, but the couple broke up in 2013.

Whereas Lea Salonga voiced Princess Jasmine in the Disney movie Aladdin, Fernandez played a live-action version of the character in 2009's Aladin.