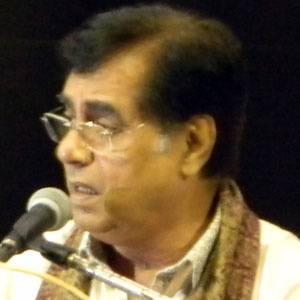 Known as the Ghazal King, he has sold millions of records and revived the popularity of the Ghazal genre.

While completing his studies, he started singing and learning music at local Sikh temples.

He was awarded the highest civilian honor, the Rajastan Ratna, by his home state of Rajastan.

His wife Chitra Singh sang with him on many of his records.

He and the Indian mogul Ratan Tata both hold one of India's highest civilian awards, the Padma Bhusha.

Jagjit Singh Is A Member Of