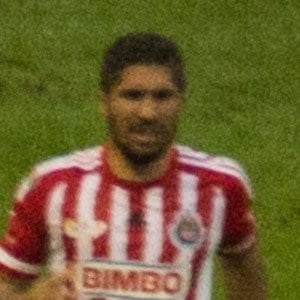 Defender best known for his time with Cruz Azul and C.D. Guadalajara. In the 2014 season, he scored his first goal against Club Universidad de Guadalajara.

His professional career began with Jaibos Tampico Madero in 2004.

He made his professional debut in a match against C.F. Pachuca.

He played for C.D. Guadalajara with fellow defender Carlos Salcido.

Jair Pereira Is A Member Of