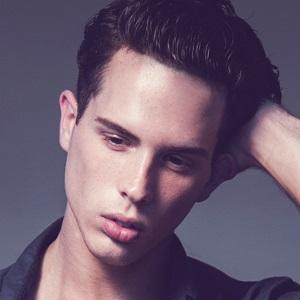 Featured on the hit reality show My Kitchen Rules, he opened the Brisbane-based Italian restaurant Little Italy By Jake and Elle along with his sister Elle.

He went to Mountain Creek State High School where he was a school captain among other things. He was obsessed with hospitality class at school, never missing a class. Also a dancer, he attended Ann Fraser's School of Dance before applying to the Queensland University of Technology to pursue dance.

Born in Nambour, Queensland, Australia, he grew up in a small town north of Brisbane called the Sunshine Coast. He has a pet poodle named Chloe.

He and Callum Hann are both Australian reality personalities who were on food related programs.

Jake Harrison Is A Member Of