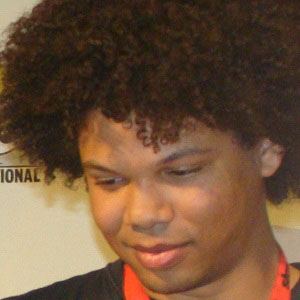 Famous for starring, along with his five siblings, in the ABC comedy series On Our Own, Smollett is also notable for his childhood role in the Samuel L. Jackson film Eve's Bayou.

He entered the entertainment industry as an infant, appearing in several diaper commercials.

When he was just three years old, he appeared in an episode of the ABC sitcom Hangin' with Mr. Cooper.

Born in New York City to Joel and Janet Smollett, he and his siblings Jussie, Jazz, Jurnee, Jocqui and Jojo are of Russian-Jewish, Polish, Native American, Irish, Creole, and African-American descent.

He and Matt Keeslar were both series regulars on the ABC Family show The Middleman.

Jake Smollett Is A Member Of