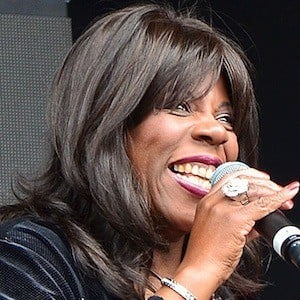 English R&B musician who gained fame for her song "Could It Be I'm Falling in Love" and her cover of the song "Ain't Nobody."

She sang in numerous bands before getting her music industry break.

Her cover version of the song "Ain't Nobody" peaked at #1 on the U.S. Billboard Dance Chart.

Graham sang with Sir Cliff Richard on his tour in 2011.

Jaki Graham Is A Member Of