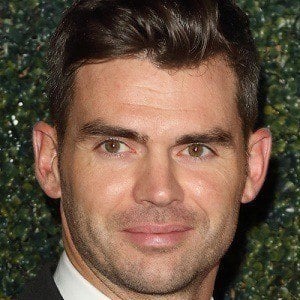 He started his first-class career with Lancashire in 2002. In 2003, he became the first person to be unanimously voted as the Young Cricketer of the Year.

He started working in fashion design in 2012 and launched his own menswear brand in 2014.

He married Daniella Lloyd in 2006. He has two daughters, Lola and Ruby.

James Anderson Is A Member Of