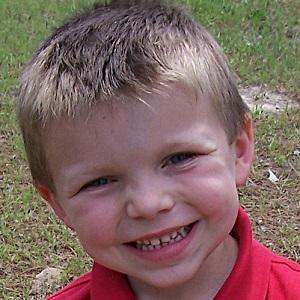 8th son and 13th born child of the Duggar family who starred alongside the rest of his family on the hit reality series 19 Kids and Counting.

He first appeared on the show when the series was called 14 Children and Pregnant Again. He was 3 years old at that time.

He loved playing football with his brothers growing up. He can play the trumpet.

His parents are Michelle and Jim-Bob Duggar.

James Duggar Is A Member Of