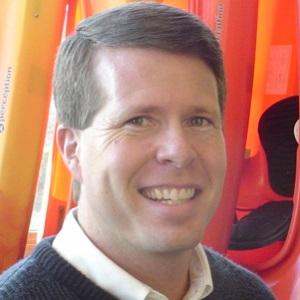 Star of reality show 19 Kids and Counting and father of nineteen kids as documented on television. He and his wife Michelle had two more children after the series began airing, so the show was renamed twice.

The oldest of his nineteen children, Josh Duggar, fathered six kids himself.

He served as a member of the House in Arkansas while President Bill Clinton, an Arkansas native, was in the White House.

Jim Bob Duggar Is A Member Of