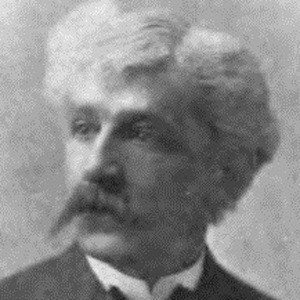 An American author and journalist, he published children's books under the pen name of James Otis. His best-known works include the Boy Spies series; the Toby Tyler trilogy; the Silver Fox Farm series, and the Tommy duo.

At the age of sixteen, he became a Civil War reporter for the Boston Journal. He subsequently worked as a journalist and editor for various newspapers and was also a superintendent of schools.

He published more than two hundred books over the course of his career.

He was born in Winterport, Maine. He married Amy L. Scamman in 1898.

His 1880 novel, Toby Tyler, or Ten Weeks with a Circus, was made into a film by Walt Disney.

James Otis Kaler Is A Member Of