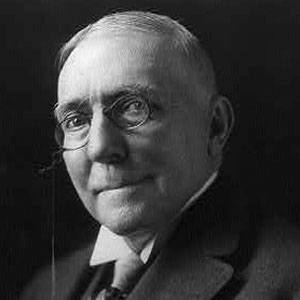 A Nineteenth-century author of dialect works and children's poetry, he is particularly known for poems such as "Little Orphant Annie" and "The Raggedy Man." The former work was the inspiration for the Little Orphan Annie character of comic strip, stage play, and film fame.

He ended his schooling after the eighth grade. He began his career as a poet after appealing to the famous Henry Wadsworth Longfellow for literary and publishing advice.

An Indiana native, he earned the nickname, "The Hoosier Poet," for his incorporation of local dialect into his work.

He grew up in Greenfield, Indiana with five siblings. His father was a Democratic nominee to the Indiana House of Representatives.

His writing style was heavily influenced by that of Edgar Allan Poe .

James Whitcomb Riley Is A Member Of