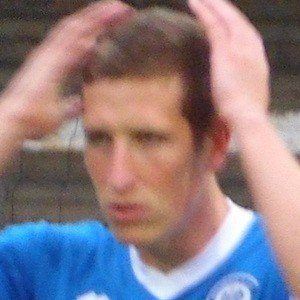 British defender who was named Players' Player of the Year and team captain of the Barnsley football club in 2012.

He played his youth career with Liverpool and Everton and was also a member of the Scottish Under-17 and Under-19 teams.

He severely injured his right kidney during a 2009 game and had to put his career on hold for six months.

His family lived in the industrial port town of Runcorn, England at the time of his birth.

He and Darren Ferguson both spent time playing for the Wrexham football club.

James McNulty Is A Member Of