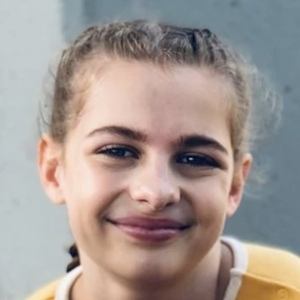 She was an athlete growing up as a skateboarder and surfer.

Her personal sockie.norris Instagram account has more than 750,000 followers. Her family's first video to surpass 8 million views was "NORRIS NUTS - We The #LEGENDS (OFFICIAL MUSIC VIDEO)." Her 14th birthday was the focus of a March 2021 video on the Norris Nuts YouTube channel and it included her brother Biggy giving her a prank gift.

Her real name is Cerrus. Her parents are Brooke and Justin Norris. She has siblings named Sabre, Biggy, Naz, Disco and Charm Norris.

Her family has collaborated with Mia Fizz and the Fizz Sisters.

Sockie Norris Is A Member Of