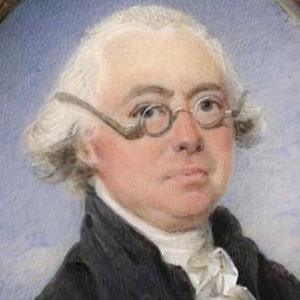 He studied at several universities in Scotland before moving to the U.S. and getting his degree from the College of Philadelphia.

His deep background in law made him one of the most crucial Framers of the Constitution, and though he didn't agree with all of the document, he pushed hard for its adoption.

He was one of seven children born in Presbyterian farming family in Carskerdo, Scotland. He was married twice, to Rachel Bird from 1771 to 1786, and to Hannah Gray from 1793 until his death in 1798.

He was nominated to the Supreme Court by George Washington.

James Wilson Is A Member Of