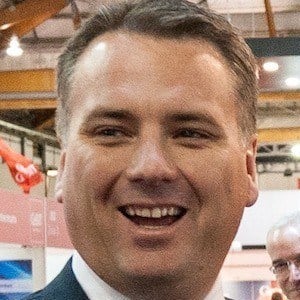 Liberal politician who took office as a Member of Australian parliament in 2008. She became the Assistant Minister for Infrastructure and Regional Development in 2013.

He served as a political adviser before taking office.

He became Chairman of the Coalition's Scrutiny of Government Waste Committee in 2010.

He and Estee Briggs have three children: Elka, Henry and Scarlett.

He is a Member of Australian Parliament, which was once the case for Paul Keating .

Jamie Briggs Is A Member Of