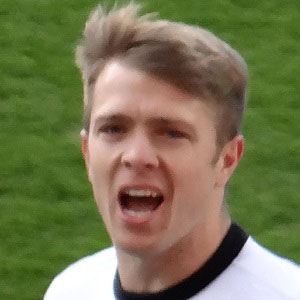 English soccer player who joined Derby county in 2011 and became the club's top goal-scorer for the 2012-13 season. He has played for Northern Ireland internationally and earned his first cap for the country at a Euro 2012 qualifier versus Faroe Islands.

He played for Aston Villa in the 2004 FA Youth Cup Final.

His first goal for Derby County, scored against Nottingham Forest, was named Derby's Goal of the Season for 2011-12.

He has been in a relationship with Chloe Mackay.

He has been teammates with English defender Jake Buxtond at Derby County.

Jamie Ward Is A Member Of