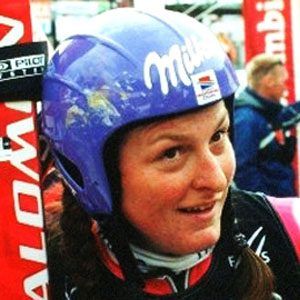 Croatian ski racer and four-time Olympic gold medalist who is the only woman to have won 3 alpine skiing gold medals in one Olympics.

She began skiing when she was 3 years old and started training at age 9.

Her brother Ivica Kostelic is also a ski racer and her father Ante Kostelic is her skiing coach.

Janica Kostelic Is A Member Of