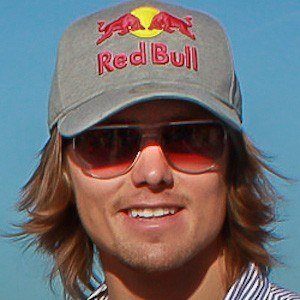 Swedish skier who is a multiple-time X Games medalist, winning the gold medal in the big air event at the 2008 Games. He has hosted the Jon Olsson Invitational, which Freeskier Magazine named as the Best Big Air Event.

He began his ski-racing career at 16 and competed in his first X Games in 2003.

He is known for having invented double flips like the D-spin 720.

His brother is alpine skier Hans Olsson. He married Swedish YouTube vlogger Janni Deler in June 2018. They welcomed their son Leon on November 19, 2019.

He and Martin Lundstrom are both famous skiers from Sweden.

Jon Olsson Is A Member Of