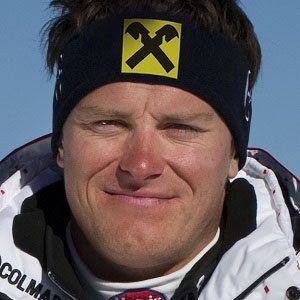 Croatian alpine ski racer who has become one of the premiere names in the sport, earning dozens of World Cup victories and bringing home Olympic medals in three straight Games. He was named Croatian Sportsman of the Year five times from 2001 to 2010.

He competed in his first World Cup in 1998 at eighteen years of age.

He won seven World Cup races in January 2011 alone, the most by any skier in a single calendar month in the Cup's history.

His parents, Ante and Marica, are former handball players. In 2014, he married a woman named Elin, with whom he has a son.

Ivica Kostelic Is A Member Of