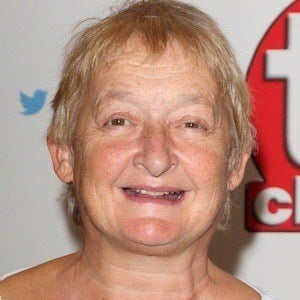 Prolific English television star most well known for her portrayal of Jane Edwards in Waiting for God, Pippa Trench in One Foot in the Grave, and Jacqueline Stewart in Benidorm. She has also been seen in films like Dracula and About a Boy.

She first gained fame as a stage actress and would become nationally known for her role as Angela in the acclaimed 1977 play Abigail's Party.

She has had recurring roles in numerous television shows, from Old Jack's Boat to Hospital People.

She was born Christine Janine Drzewicki to a Polish father. She married Paul Bental in 1983 and they have four children: Jack, Albert, Ruby, and Edith. Her husband and her daughter Ruby are also actors. Her daughter Edith is the lead singer for the band FOURS.

In the long running comedy series Benidorm, she starred opposite Jake Canuso and Elsie Kelly.

Janine Duvitski Is A Member Of