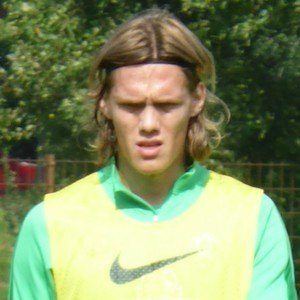 Danish soccer player who has played at the central defensive position for the German team Borussia Monchengladbach and as center back for Southampton FC. He has also been a member of the Denmark National Team.

He played his youth football with the Danish club Brondy IF.

He was first called up to the Danish National Team in August 2013, calling the move a dream.

His grandfather Hanns Schroers and his uncle Jan Schroers were all pro soccer players.

Jannik Vestergaard Is A Member Of