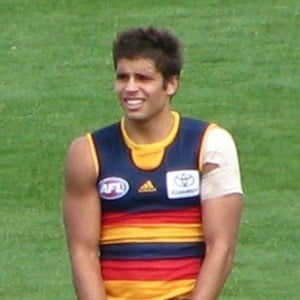 Australian football player who has gained fame playing for Adelaide in the Australian Football League from 2008 to 2014. He has also starred in the sixth season of House Rules.

He previously played football for the Woodville-West Torrens Football Club in the SANFL before being drafted in the 2007 Rookie Draft.

He is in a relationship with Jessica Dover.

He is a fan of golf star Tiger Woods.

Jared Petrenko Is A Member Of