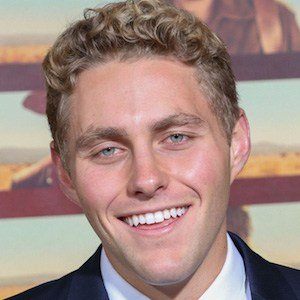 Nephew of Adam Sandler who joined his uncle in several of his films, including Big Daddy, Eight Crazy Nights, Grown Ups 2, Blended, The Cobbler, Pixels and the Ridiculous 6.

He studied at the University of Southern California's School of Dramatic Arts and played baseball.

He wrote, directed and produced a short film called Samezies. He was a guest in an episode of Showtime's Shameless.

His aunt is Jackie Sandler and his cousins are Sadie and Sunny. He has a girlfriend named Ashley.

He had a minor role in Goosebumps, starring Jack Black.

Jared Sandler Is A Member Of