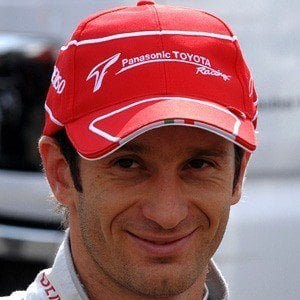 Formula One driver who had a landmark victory in 2004 at the Monaco Grand Prix, while driving for Renault.

He began racing karts at a very early age, and won the Karting World Championship in 1991.

Despite having a solid career, he only mustered 1 victory in 256 races.

He raised two children with his wife Barbara Trulli.

He was teammates with Jenson Button while racing for Renault.

Jarno Trulli Is A Member Of