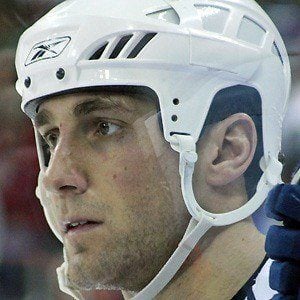 NHL center known for his hustle and face-off expertise who won Stanley Cup Championships with the Los Angeles Kings in 2012 and 2014.

He played in Canada's Western Hockey League, winning the Memorial Cup with the Kooteney Ice, before joining the Edmonton Oilers as the 36th overall pick in the 2002 draft.

Playing with the Oilers in a February 2006 game, he set a team record winning 21 of 22 faceoffs.

He married Erin Andrews in 2017. He was previously engaged to actress Rachel Hunter and also dated Wayne Gretzky's daughter, Paulina.

He became teammates with Dustin Brown on the Kings.

Jarret Stoll Is A Member Of