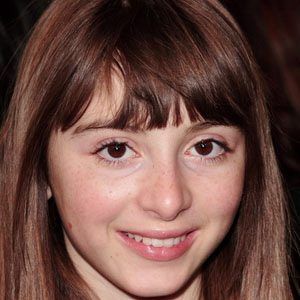 She started dancing on stage when she was 2 years old.

She is the winner of three Young Artist Awards.

She was raised with her family in Tarzana, California.

She appeared in the film Catch Me If you Can starring Leonardo DiCaprio.

Jasmine Jessica Anthony Is A Member Of