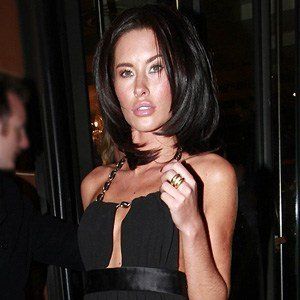 English socialite and reality television star who rose to prominence on the series Make Me a Supermodel. She appeared on several other reality series, including Celebrity Big Brother 10 and The Weakest Link.

She grew up in Belgravia, Westminster, England and relocated to Los Angeles in 2007.

Although she didn't get it, she auditioned for a role in the James Bond film Casino Royale.

She had a son in 2010 with musician Seth 'Shifty' Binzer of the band Crazy Town. She once dated guitarist Dave Navarro. She has a twin sister named Pandora.

Simon Cowell was her manager at one time.

Jasmine Lennard Is A Member Of