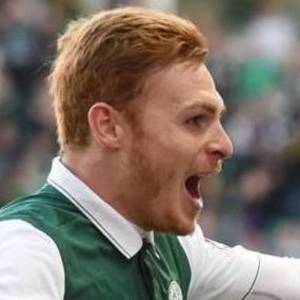 Forward who made his debut with Scotland's Hibernian Football Club in 2013. In 2017, he joined Nottingham Forest; he was then loaned to Scottish Premiership side Rangers in January of 2018.

Between 2001 and 2012, he played his youth career for the Hutchison Vale and Heart of Midlothian clubs.

In February 2015, he was banned from McDonald's for throwing McMuffins at staff.

He was born and raised in Edinburgh, Scotland, and he attended Tynecastle High School in his home city.

He and fellow forward Danny Handling both made their debuts for Hibernian early in the second decade of the 21st century.

Jason Cummings Is A Member Of