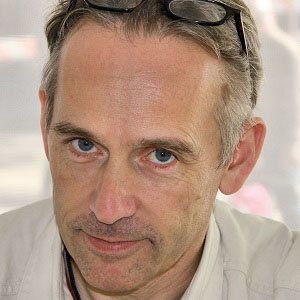 Most famous for The Eyre Affair and other books in his Thursday Next fantasy/alternative history series, Fforde also penned the Nursery Crime Division and Dragon Slayer series, as well as the standalone novel Early Riser.

After graduating from the Dartington Hall School, he worked as an assistant cameraman for several British films.

The Fforde Ffiesta -- an annual event held in Swindon, the town in which the Thursday Next books are set -- was launched in 2005.

The child of Bank of England Chief Cashier John Standish Fforde and the great-grandchild of writer E.D. Morel, Fforde was raised in London, England.

His popular book The Eyre Affair is set in the world of Victorian author Charlotte Bronte's classic novel Jane Eyre.

Jasper Fforde Is A Member Of