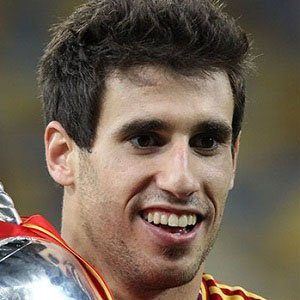 Spanish midfielder who was named the La Liga Breakthrough Player of the Year with Athletic Bilbao in 2010.

He began his youth soccer career with Club Atletico Osasuana F.C. at age 13.

He became a member of Spain's national team in 2010.

He dated model Maria Imizcoz, and was raised with an older brother named Alvaro.

He joined striker Mario Gomez on F.C. Bayern Munich in 2012.

Javi Martínez Is A Member Of