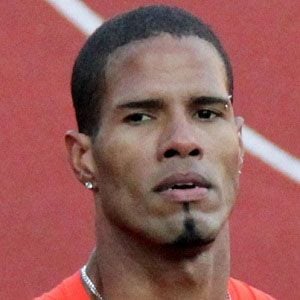 400 meter hurdler who won a bronze medal at the 2012 Summer Olympics in London.

He won a bronze medal at the 2013 Pan American Junior Championships.

He was chosen as Puerto Rico's flag-bearer for the 2012 Olympics.

He was raised by his mother, Judith Perez, in Playa de Ponce, Puerto Rico.

At the 2012 Olympics he finished less than half a second behind gold medal winner Felix Sanchez.

Javier Culson Is A Member Of