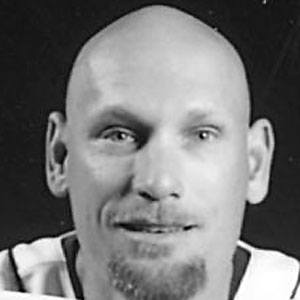 MLB right fielder who played most of his career with the Seattle Mariners and became one of the most popular players in team history.

He was known for his shaved head and goatee.

He had two sons, Chase and Gunner, and a daughter, Brielle, with his wife Leah.

He played alongside All-Star outfielder Ken Griffey Jr. on the Seattle Mariners for several seasons.

Jay Buhner Is A Member Of