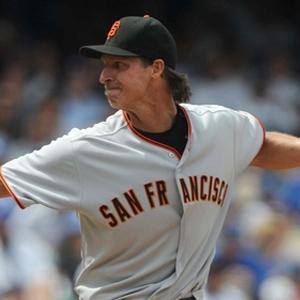 10-time MLB All-Star and 5-time Cy Young Award winner known as "The Big Unit," who first made a name for himself with the Seattle Mariners. He won the World Series MVP award in 2001, after leading the Arizona Diamondbacks to an unlikely 7-game victory over the New York Yankees. In 2015, he was inducted into the Baseball Hall of Fame.

He was a sports star in two different sports, basketball and football at USC.

He became a father when his first daughter Samantha was born in December of 1994.

In 2001, he was the Sports Illustrated Sportsmen of the Year, an award he shared with teammate Curt Schilling.

Randy Johnson Is A Member Of