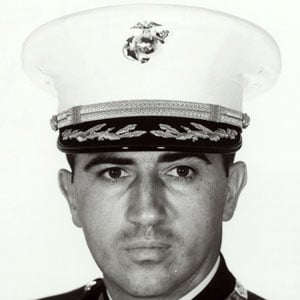 Military veteran who was awarded the prestigious Medal of Honor in 1970 for his bravery during the Vietnam War. Following his retirement from military service, he became the Regional Veterans Liaison for the U.S. Department of Veterans Affairs.

He received basic training at Marine Corps Base Quantico in Virginia. He also graduated from the National War College in Washington, D.C.

He had his mother's name engraved on his Medal of Honor in her memory.

All three of his brothers are also military veterans, having served in World War II and the Korean War.

He was presented with the Medal of Honor by President Richard Nixon at a ceremony held at the White House.

Jay R. Vargas Is A Member Of