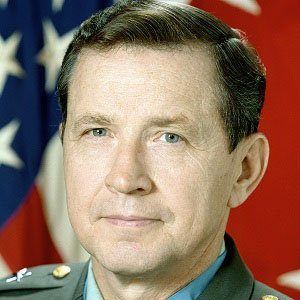 Former U.S. Army major general who received the Medal of Honor for his service as a helicopter pilot during the Vietnam War. He retired in September 1993 after having served for 34 years.

He was initially kicked out of the ROTC program at Seattle University.

He rescued more than 5,000 wounded soldiers from the field of battle during his career as a helicopter pilot.

He married a woman named Nancy.

He and Jay R. Vargas both received the Medal of Honor for their actions during the Vietnam War.

Patrick Henry Brady Is A Member Of