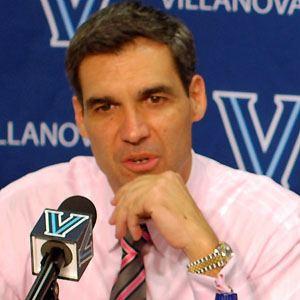 Basketball coach who took over at Villanova University in 2001. He led the team to national championships in 2016 and 2018.

He worked as an assistant coach at the University of Rochester.

He was born and raised in Churchville, Pennsylvania. He married Patricia Wright and he has three sons, Taylor, Eddie and Colin, and a daughter, Reilly.

He defeated Jamie Dixon's Pitt Panthers in the Elite 8 in 2009, earning his first ever birth in the final four.

Jay Wright Is A Member Of