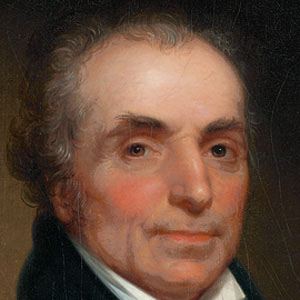 French neoclassical sculptor famous for his portrait busts and statues of philosophers, inventors and political figures.

He studied at the Académie royale de peinture et de sculpture and at the École royale des élèves protégés.

He became a member of the Académie de peinture et de sculpture and then became a professor.

He married Marie-Ange-Cecile Langlois in 1786 and they had three daughters.

He created a marble bust of Voltaire.

Jean-Antoine Houdon Is A Member Of