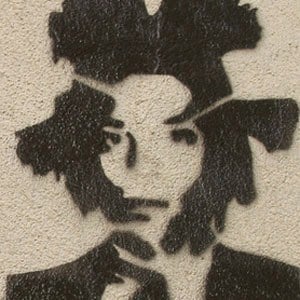 Neo-Expressionist and Primitivist painter who investigated social and political dichotomies in his work. He was a part of the famous Neo-expressionist movement that took place in the 1980s. A retrospective of his work was held by the Whitney Museum of American Art in 1992 to honor his life.

He dropped out of high school and became a graffiti artist. Later, he began to paint, and his work was first exhibited at the Annina Nosei gallery in SoHo.

He was born in Brooklyn, New York, to a Haitian father and an American-born, Afro-Puerto Rican mother. He was raised mostly by his father. His mother suffered from mental illness and was institutionalized when Basquiat was eleven years old.

He fell into a depression following the 1987 death of his friend and artistic mentor Andy Warhol. Sadly, twenty-seven-year-old Basquiat died of a heroin overdose the following year.

Jean-Michel Basquiat Is A Member Of