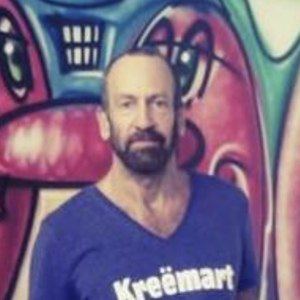 Artist who is known for depicting pop culture icons like The Flintstones, or caricatures of middle-class Americans in an apocalyptic settings. He has amassed over 140,000 followers on Instagram.

He created and wrote the pilot for Adult Swim's The Groovenians.

He worked alongside Jean-Michel Basquiat in the East Village of New York in the 1980s.

Kenny Scharf Is A Member Of