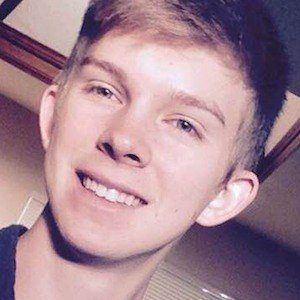 Previously known as Jeff Gets Crafty, he is a YouTuber who publishes a mix of gaming videos, family vlogs and challenge videos to his Jeffufah channel. He also co-runs the Cam and Jeff YouTube channel alongside his brother ClashWithCam.

He joined the YouTube universe in June of 2015. His introductory video, published in December of 2015, was called "Minecraft Clash of Clans Base Build!!"

He changed his YouTube channel name from Jeff Gets Crafty to Jeffufah in June of 2016, realizing Jeffufah to be a better channel name in addition to being his nickname for a long time.

He also has brothers named Robert and Chris and a sister named Keri. He features his family on his channel in a series called Family Fridays. In January 2021 he and his wife Jillian announced that they were expecting.

He has collaborated with ClashWithCam on a number of challenge videos.

Jeffufah Is A Member Of