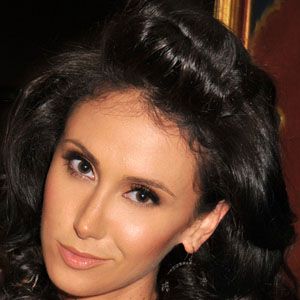 During her college days at Florida State she was a member of the FSU Cowgirls, who were known to wear cowboy hats and dress scantily to football games.

She co-hosted the Versus sports show The Daily Line in 2010.

It was reported in October 2010 that former NFL quarterback Brett Favre sent her text messages and left voice mails inviting her to his hotel room, much to her distaste.

Jenn Sterger Is A Member Of