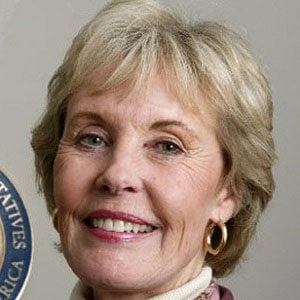 During the 1990s and early 2000s, Dunn served Washington state's eighth congressional district in the United States House of Representatives.

She studied business at both Stanford and the University of Washington. Early in her political career, she chaired the Washington State Republican Party.

She attended the United Nations Commission on the Status of Women in both 1984 and 1990.

Her first marriage, to Dennis Dunn, resulted in sons named Bryant and Reagan. Her second marriage, to E. Keith Thomson, lasted from 2003 until her death in 2007.

In the months leading up to her sudden death (of a pulmonary embolism), she was leading presidential hopeful Mitt Romney's "Women for Mitt" organization.

Jennifer Dunn Is A Member Of