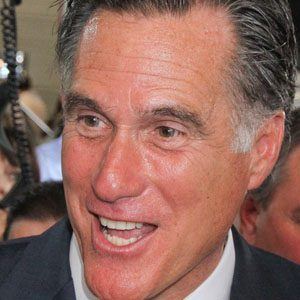 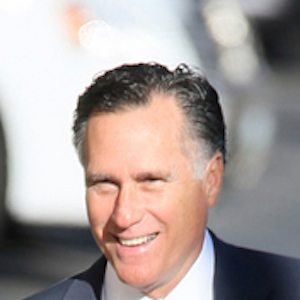 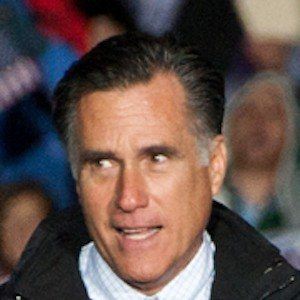 Republican politician who served as the 70th Governor of Massachusetts from 2003 to 2007 and was the 2012 Republican nominee for President. He was also the president and CEO of the Salt Lake Organizing Committee for the 2002 Winter Olympics and a documentary about him entitled Mitt was released on Netflix in 2014.

He worked as a management consultant for Boston Consulting Group, and served as the CEO of Bain & Company for a salary of one dollar in 1991.

He ran for President in 2008, but lost the Republican nomination to John McCain.

He married Ann Romney in 1969, and the couple had five sons together. They are both active Mormons in The Church of Jesus Christ of Latter-day Saints.

Mitt Romney Is A Member Of