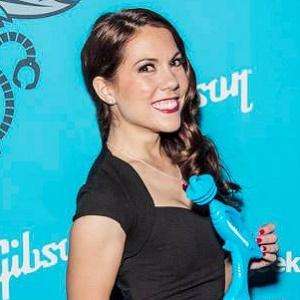 Geekie Award winner for Best Personality and YouTube comedian who began hosting and producing for the award-winning Aggressive Comix channel focusing on all things geek and nostalgia-related in 2011.

She had just finished film school and held a bunch of odd jobs ranging from pet sitting to shaking her tail as the Nesquik bunny mascot. She also performed with her local theatre company Ground Up & Rising.

Her fan favorite characters are Jenny Derpenzo and Cuban Grandma. In early 2015, she joined the BuzzFeed Motion Pictures family to produce short-form content for their various channels with a focus on geek, nostalgic and Latino content.

She joined Buzzfeed as an actress and producer like Eugene Lee Yang before her.

Jennifer Lorenzo Is A Member Of