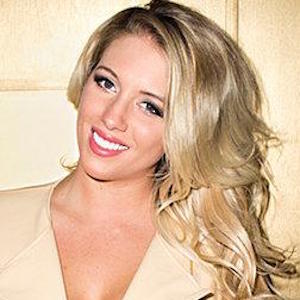 MTV reality star most well known for her appearance in 2014 on the twenty-ninth season of Real World: Ex-Plosion.

A jack of all trades, she worked as a dancer, actress, model, bartender, and real estate agent before joining the cast of the Real World.

After her reality television debut, she transitioned to YouTube, beginning to vlog on her Jenny Delish channel.

Her ex-boyfriend Brian Williams Jr., a fitness model, appeared alongside her on Real World: Ex-Plosion. The two later got back together and gave birth to a daughter named Violet Marie Williams.

Both she and Ari Fitz were original cast members on the twenty-ninth season of Real World: Ex-Plosion.

Jenny Delich Is A Member Of