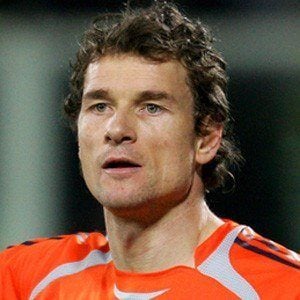 Former goalkeeper who played for the German national team from 1998 to 2008 and professionally for many teams, highlighted by his unbeaten run with the Premier League's Arsenal in 2003-2004.

He grew up playing soccer in Essen, West Germany.

He married Conny Lehmann in 1999 and together they had three children: Mats, Lasse, and Lieselotta.

He was brought to Arsenal to replace goalkeeper David Seaman.

Jens Lehmann Is A Member Of