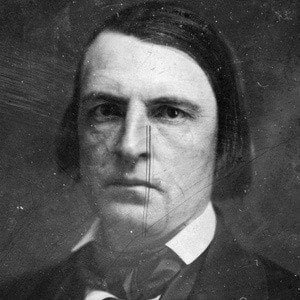 A United States senator and novelist, he wrote Tobias Wilson, one of the earliest American Civil War novels. He is also known for his works of Western fiction.

He attended La Grange College and the University of Alabama and later studied law at Transylvania University.

He was elected by the Alabama legislature to complete the term of deceased senator Dixon Hall Lewis.

He was a distant cousin of Mark Twain.

Jeremiah Clemens Is A Member Of